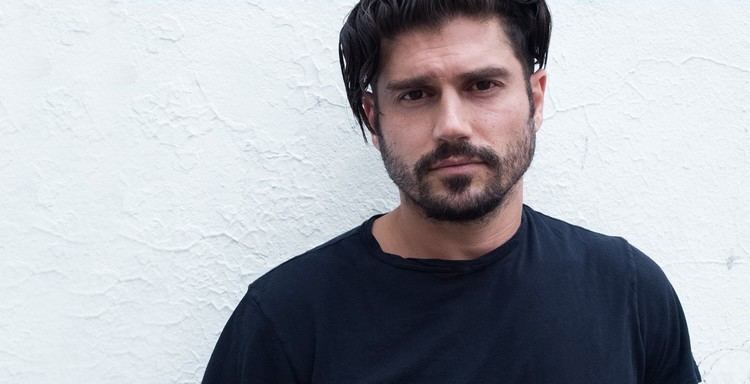 MOVIE LINE: Artist-Producer Andrew Levitas on ‘The Art of Getting By’

Movie producers routinely say they’re about artistic integrity, but Metalwork Pictures’ Andrew Levitas finds himself in the unique position of actually being an artist himself, having come up through the New York City art scene as a heralded painter, sculptor, and photographer. So when he speaks of box office potential as being almost incidental to a film as work of art, he’s the rare producer who actually sounds genuinely unconcerned with financial returns.

Levitas, who counts Allen Ginsberg as a mentor and is currently casting his own directorial debut from a script he wrote (entitled Lullaby, it’s about “the last 24 hours of a terminally ill man’s life”), is a unique – perhaps idealistic – breed of indie producer. His first producing credit came along when friend Gavin Wiesen approached him for help and support bringing a personal, NYC-set coming-of-age tale to fruition; the result, The Art of Getting By (formerly Homework) was accepted into Sundance, picked up by Fox Searchlight for a reported $3 million, and opened in wide release last weekend.

The philosophy Levitas shares with the filmmakers he collaborated with can seem a touch naive in a business ultimately built on opening weekends and box office numbers, but the artist’s spirit, he says, is what helps get his films made to begin with. “I think a lot of producers, rightly so, approach it as business first,” Levitas told Movieline, “but I”m really going out of my way to approach it as creating a great piece of art that everyone involved would be proud of, not compromising based on dollars.”

That credo will be put to the test as audiences find their way to The Art of Getting By – or don’t, in the crowded summer movie season; in its first weekend it grossed just $1.2 million with a $1,113 per theater average. In any case, his is a lofty, artists-first approach to watch in future projects, which include Michele Civetta’s youth-oriented Regular Boy, featuring Tadanobu Asano and Asia Argento, and indie darling Ramin Bahrani’s untitled next project, set to star Zac Efron and Dennis Quaid.

Your Career as a painter and sculptor is well documented, but when did you decide to jump into film producing?
You know, I look a film in general as a natural extension, for any artist; it’s just another way to express yourself and expand your creative footprint, if you will. For me it really came out of writing for the screen and transitioning into becoming a filmmaker, and after I started going down that road a lot of friends came to me asking for help and support, and I came across great scripts that I couldn’t help but just get behind. Getting into producing was really about supporting other friends of mine. I’ve been so well supported as a painter and an artist in general, through people I’ve met along the way who really didn’t need to help me but became interested in my work. So for me it’s really been about identifying talent and having relationships with people and knowing I can help them bring their vision to the screen.

You’re planning to direct a feature soon and you’ve been an actor for a while, the The Art of Getting By is your first credit as a producer. How do you tap into the different creative muscles involved in that side of filmmaking?
In my role as producer, while of course there are business elements to it I definitely live by what any painter of sculptor would tell you, which is that you can’t approach it as , “Will this make money? Will this be financially viable?” If it’s a good project, people will want it and people will be curious. So when I sit down in my studio to begin a new project, I don’t look at it and go, “Okay, who’s going to buy this? I look at it and go, “What am I feeling like, what’s the story I want to tell through my canvas?” It’s the same thing with producing films, I find something and put my own creative stamp on it as much as I can and support it and the business things honestly just seem to fall into place.

Finding financiers, finding talent – I think that all of the projects I’m producing have in common that fast that we’re approaching them as art, we’re not approaching them as a small business. I think a lot of producers, rightly so, approach it as a business first, but I’m really going out of my way to approach it as creating a great piece of art that everyone involved would be proud of, not compromising based on dollars. I think what that’s done so far is it’s inspired a bunch of actors to get on board to projects for significantly less than they would have made otherwise, because no one’s exploiting anyone. The same with financiers; in the very least, they know they’re going to have something they’ll be proud of.

I can see why directors and actors you work with would be attracted to that philosophy, but it seems contrary to the dominant financially-driven approaches to producing.
I guess it’s just the way that all of these businesses and the world we live in have moved towards, but for me it’s not worth it. I make a wonderful living as a painter and it’s not worth it to move out of the purity of what I do as an artist if it’s not going to bring that same sort of purity and passion to what I’m doing as a businessman or filmmaker or as a producer.

How did you get involved with The Art Getting by?
The writer-director, Gavin Wiesen, is a very old friend of mine and a guy with whom I’ve had countless conversations about art and film. And he’s written a few feature scripts that were quite good but never really went anywhere. Gavin had seen what’s going on in my life and I think he was fed up with the traditional kind of big fancy name producers, if you will, and came to me, sat down. There was no script yet, just and idea. “This is a new idea I have for a project, and I just don’t want to go through it again – would you help me , come on board, be my partner, etc?” I loved the idea that it was something very close to Gavin. He moved into my guest house and went to work and we worked fairly closely but really it was his vision and I was there to support. When the script was done I circulated it amongst a bunch of people and little by little we put together an awesome team, and that was really it.

How difficult or easy was it to get Emma Roberts on board? The film caught her as her acting career was really taking off.
The timing was really great, because she was well on her way and everyone knew how talented she was, but she hadn’t reached quite the same level of success that she has right now, a year and a half-two years later. But what was wonderful about this project is that it had such wonderful authenticity that when anybody in that age group read the script, they just wanted to be a part of it. Sure, there were struggles along the way – it was tough to shoot in the city and make your days, but everybody came to work, and people were excited to work of this film. I think it all comes back to the spirit that this project was originally conceived in. It was really about making a beautiful piece of art.

That’s a respectable philosophy, but there’s a flip side of the equation when a film has to find its audience.
Sure. Well, I feel like I live more on the filmmaker side of it even though I’m producing, but we really felt if we made a great film, people would see it. We sold in a bidding war the same day that the film premiered at Sundance, so I think we sort of left it in other people’s hands to determine if it was viable in the marketplace, at this level or that level.

Are you happy with how the film has done in its opening weekend?
Incredibly happy. It’s so much more than we ever could have hoped for. We really had hoped just to touch some people, and just to have the movie seen amongst your own community is an incredible thing. And to have it released wide…Fox Searchlight is so supportive of filmmakers. It’s more than we ever could have expected or hoped for.

Last weekend the film opened in what was maybe an unfortunate position, being  smack dab in the middle of a summer packed with big releases. How do you think it will or can find its audience from this point forward?
I think it’s about word of mouth. It’s a really special little film with a really talented cast, directed by a fantastic director. I think ultimately it’s like everything; people talk about it. It doesn’t have fancy effects or big flashy sort of stuff in it. It really comes down to one person seeming this film, having it touch or inspire them in some way, and them telling five friends having similar experiences. You can’t compare this to Green Lantern or X-Men or any of those films. It’s just a different category.

Lullaby will be your directorial debut. What was the impetus for you making this leap in your film career, and what is it about?
It’s an intensely personal story. To make the time commitment and energetic commitment to do a film, because it takes a very long time to do these things, it had to be something that was personal and I felt like I couldn’t live without putting out there. It’s somewhat autobiographical, it’s basically tells the story of the last 24 hours of a terminally ill man’s life, how he manipulates his family into getting through the mourning process while he’s still alive.

Allen Ginsberg was a mentor to you: what’s the greatest lesson you ever learned from him, or from anyone else in your creative and professional life?
It was much Allen as it was New York and my parents and my family and so many great artists I met along the way. Just being open. Part of an artists journey is not having a singular focus, but having a wide focus and being open to different ideas and mediums that inspire you, and to be courageous enough to try them. You know, I fail all the time. Half the paintings I paint are painted over, probably more. Half the photos I take and sculptures I build, I destroy in the studio. It’s just part of the joy of it and I think that waking up every day and being inspired to do something, if you act on it, even if it doesn’t work, it ultimately will pay off for you and give you an enriching life.